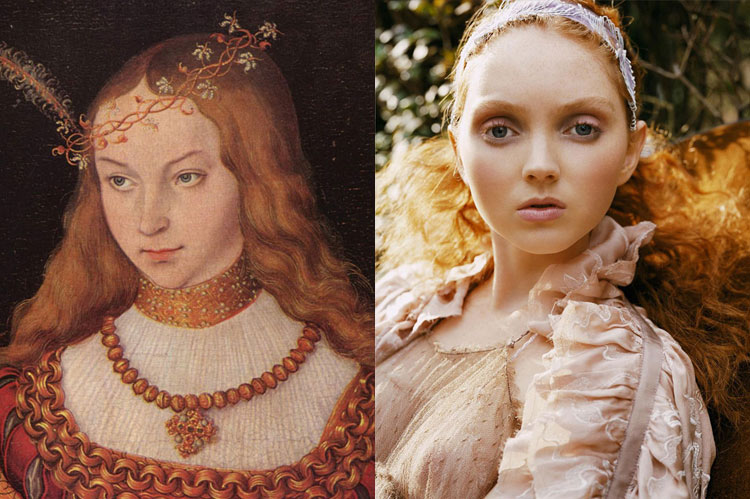 At this point in history, whatever arrangement is made, hairstyles quickly became one of those sayings of international art that spread fashion across the globe. The standards were variety and innovation. Some women shaved off their foreheads and were left looking highbrow like Elizabeth 1 who was popular for her many perukes. Women preferred their hair blonde at the time and most of them went on to bleach their hair being under the sun with saffron or medicated Sulphur on their hair. Blonde wigs quickly became the most sought after in France and in Italy. Mary, the Queen of Scots had in her possession so many curled wigs and adorned her head with lace.

Mainstream interpretations of the early 16th century often described English men having long hair and cleanly shaven chins. Beards weren’t a thing at the time. By the turn of the century, English courtiers had reduced their hair and taken to stylish beards with fancy names such as the “swallowtail” and “the spade”.

The pictures of the renowned Flemish painter Sir Anthony Van Dyke show aptly the Cavalier style that got to its peak in the 1630s and 1640s where men had long hair and clean pointy beards with brimmed hats on. Hair became a political thing during the English civil war when Protestant roundheads fought the more elegantly coiffed forces of King Charles I. the pilgrims of the colony of new Plymouth saw long hair as arrogance.

This righteous stance on hair must have dialed down because, in later portraits of Cromwell, he is shown with long hair although still shorter than the styles observed with the French court. This was the time of periwigs for men. Naturally, the French court brought in so much blonde hair that Louis XIV’s minister of finance Colbert attempted placing a ban on wigs in France in order to curb the over pour of French gold.

The most common style with women at that time was the “hurluberlu” which was unevenly cut with tow lengthy curls over the shoulders. Madame de Maintenon and the “Fontage” also wore this with the high curls held in place with the ribbon and bow made by the King’s new mistress, the Duchess de Fontage. The fashions of Versailles moved to other courts of Europe and from there to the other classes of all countries.